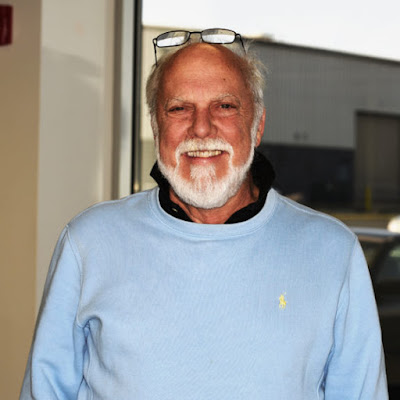 KEVIN LYNN BACK ON WILK

Kevin Lynn was back on WILK Radio today and will return tomorrow filling in for the Conservative afternoon talk show host, former Democratic State Representative Frank Andrews.
Lynn was in rare form today calling out the Trump junkies and their inane opinions.
Hit it guys......

WESTCOTT FAMILY AND FRIENDS GIVE HARRY WEST A LOCAL SEND OFF

Two of Harry West's children, Wendi and Scott traveled from Pittsburgh yesterday to have local friends, fans and listeners say a final farewell to Harry West. For over four hours, people remembered the former WARM personality and shared stories of Harry.
Radio people are a special breed. All of them came to remember Harry as a person but as an entertainer.
Those gathered there appreciated the kindness of both Wendi and Scott (as well as Harry's sister, husband and son) to give us a chance to say, "Till We Meet Again".

With old, (well how about vintage) broadcast buddies at Harry West remembrance yesterday at the Grotto. . Joe Middleton, Bobby Day, Rob Neyhard, Tommy Woods, Joey Shaver and Bob VanDerhayden (The Duke of Doo Wop). https://wnep.com/2019/10/12/remembering-harry-west/
Posted by David Yonki at 11:30 AM No comments: 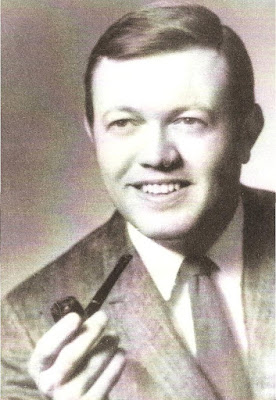 Members of Harry West’s family and friends will be holding a get together on Saturday October 12th at The Grotto Pizza at Harvey’s Lake. Friends, listeners, fans and former co-workers are invited to stop by and share memories of Harry. The event is from noon to 4pm.
Posted by David Yonki at 3:34 PM No comments: 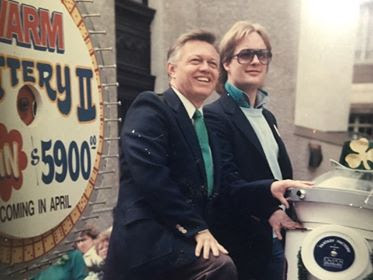 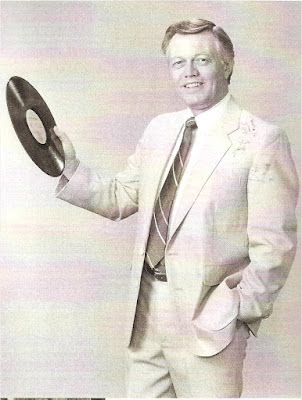 Harry West, the radio voice of generations at WARM Radio passed away Friday night, September 27th in Pittsburgh. West was ill for some time. He relocated to Western Pennsylvania in 2016 when his family moved him into a Skilled Nursing Facility. Harry was feted by friends and family at one of his favorite places in the area, The Grotto at Harvey’s Lake.
West, born Harry Westcott was fond of telling the story of how his parents got him a crystal radio set when he was a boy. Harry retold that story for years. He started his radio career in Reading but then moved up to the Scranton area when WARM Radio rocked the local radio industry and changed formats in 1958. The outlet went from a standards type of music to rock and roll. It was an instantaneous success. When Harry joined WARM Radio he came onboard as a newscaster for WARM First News First.
After morning deejays Harry Newman and George Gilbert moved on respectively to other markets (Newman) and responsibilities,(Gilbert) Harry was made the Morning Man. Harry’s show, part of the dominant WARM format became a huge success. For the next decade he was the cornerstone of WARM programming. His show consisted of wry humor mixed with sledgehammer irony and downright corny, but well delivered jokes. Harry West became the morning jolt for all of the WARM audience which was called WARMland.
As a young boy wanting to get into radio, Harry was my broadcast idol. If there was a remote he was at, I’d ride my bike to it if he was in range. He was always gracious, kind and encouraging. As a teenager I interviewed him for a rock and roll column I was writing. In college at Radio station WRKC FM my friend Jim Gibson had him speak to the station staff. As a broadcaster myself at WVIA FM, I gave Harry a tour of the station when he was on Auction 44. He had just returned from York the year before. 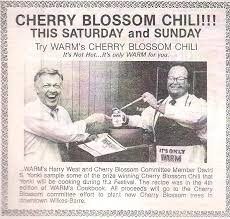 My best interactions though were when I was in Public Relations working with him at The United Way and later other entities. 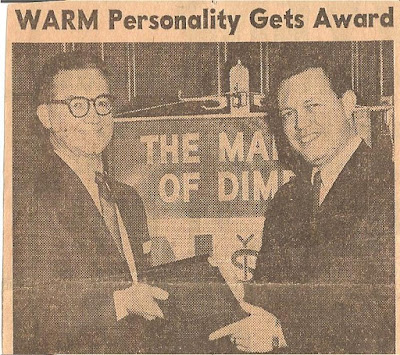 Harry got WARM’s mission about non profits and charitable causes. He was a ready participant in causes even at one point getting legislative action for disabled children. Harry and his wife Audrey had two disabled sons.
Harry West was a radio legend when radio actually meant something back then. Now with competing entities, broadcasting, especially locally based stations are just cookie cutter shells of earlier days. There are some people in their 30s and 40s who have no memory of Harry or what he brought to the community and that is unfortunate. But there are those in my generations and others who have fond memories of The Harry West Show. His career never made him a rich man. Broadcasting in local markets never puts you in a high tax bracket. But you touch lives every day. Inform people. Inspire others. Create a memory for times gone by. Age and infirmity took the physical presence of Harry West away from all of us. But the mere mention of the name Harry West brings a smile to every face and a fond memory that links generations back to a time when life was simple and dare I say kind.
For those who want to relive those memories and carry Harry with them in their hearts, please come to a celebration of his life on Saturday October 12th from noon to 4pm at The Grotto. Harry enriched all of our lives with his career. In many ways, because of how many lives he touched, Harry West died a very rich man. Beloved and remembered fondly, frozen in time in our memories. 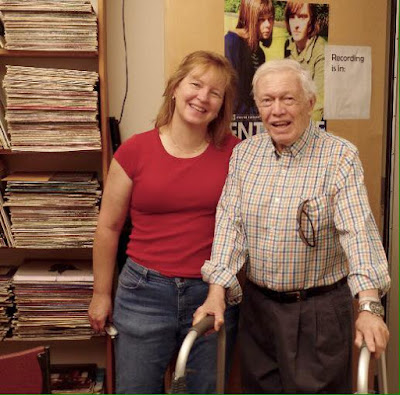 Harry with Sue Henry when she interviewed him at WRKC FM for WILK Radio.
Harry's show is on this WARM retrospective we did a few years back.
Posted by David Yonki at 6:18 PM 2 comments: 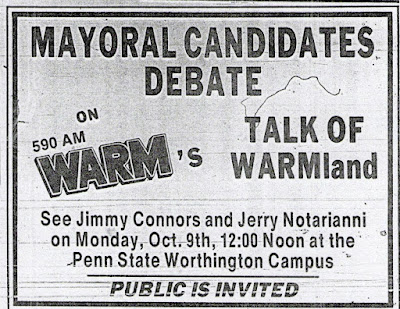 Thirty years ago in the Scranton Mayor's race, Republican Jim Connors faced off against Jerry Notarriani in a radio debate on WARM Radio. The show was hosted by former Mayor Jim McNulty and was broadcast at noon.
It was a unique situation because all three men were Democrats except for Connors who switched to the GOP to make the run against the Democrat.
Connors went on to win three more terms as Mayor and then ran for Congress as a Democrat.
in the race to succeed Joseph McDade.

It is never too late in terms of a thank you and in this article from March 8th, 1990, Dan DeMuro from WARM accepted kudos from an organization, The Voluntary Action Center helped by The Mighty 590. Meanwhile, Len O'Hara accepted a generous check. 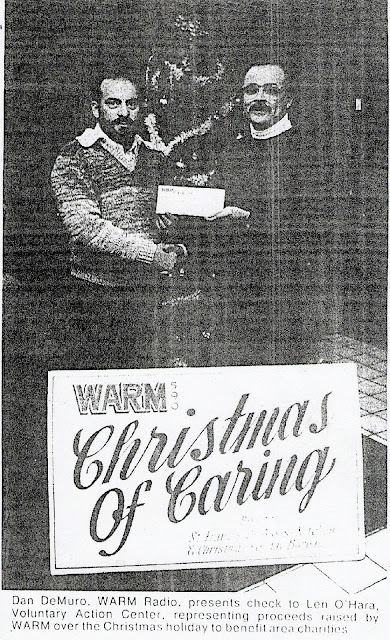 Posted by David Yonki at 2:58 PM No comments: