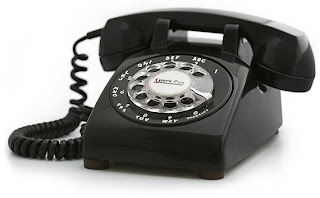 One of the biggest contests WARM had in the 60s was a thing called Tele-Fun. The object of the game was simple, WARM would pick your name out of the phone book and call you. The announcer would ask what was in the Tele-Fun jackpot. It could be as low as $5.90 and as high as $590.00, the latter no small change back then. Sometimes the dollar amounts would vary but always end with 59 cents. Again, top of the mind awareness of the number 59 or 590. The beauty of the contest was that all you needed to enter was your name in the phone book. "I used to dial the phone number 7 digits in to get a head start" confesses Jean, a 71 year old WARM listener during its heydey. The object was to build audience and when word got out you could win money if you heard your name and called back in 5 minutes and 90 seconds, well then that was a contest no one could complain about. The Tele-Fun contest lines ended around 8PM on the theory that "the kids" needed to do their homework. A few people used Tele-Fun as a premier crank call vehicle but savvy WARMlanders knew a Sensational Seven member's voice when they heard it and the cranks never gained traction. Tele-Fun was in fact an adult audience builder cementing the bond between the rock and roll music it played and the moms and dads who were interested in a little cash just for having their names in the phone book. The numbers by the way were 822-6161 and 346-4646.
FROM YOU TUBE, a song that hit the top 10 at the pinnacle of Tele-Fun, Chris Montez and "Call Me". 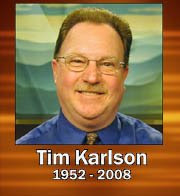 I've told this story before but it bears repeating. I met Tim Karlson in the summer of 1971. A WPTS Radio disc jockey named Bob Serfafin had a contest called "Disc Jockey For A Day." Two guys showed up, me, a 17 year old high school student and Tim Kidwell, a 20 year old from Scranton who was a recent graduate of Career Academy of Broadcasting. Serafin let us run the board and had us do the news and weather. He then let us talk up a record. I did Beverly Bremer's "Don't Say You Don't Remember" and Tim did Carole King's "It's Too Late". I was horrible, Tim was magnificent. The next day I came in and Serafin told me that I'd be flying solo with him. It turns out WSCR hired Tim the next day. From WSCR, (which was a launching pad for many local jocks headed to WARM) Tim landed at the Mighty 590 after the 7 to midnight shift was vacated by T.J. Lambert III. By this time, Tim had a full blown mass of cascading red hair that looked a lot like Arlo Guthrie's do. Tim Kidwell was now Tim Karlson and he was known as "The Crazy Redhead" on WARM. His show was a hit with the youth audience which at that time was migrating over to FM. But Karlson held on to them and things seemed well. But he was restless. He knew there was more to life than just spinning records. In the winter of 1976, I saw Tim sitting in the WARM lobby waiting for a meeting with George Gilbert and one of the suits from Susquehanna. He was set to quit. On the way out the door, I heard newswoman Kitch Loftus playfully tell him "Never say never". I never knew what transpired in that meeting but Tim stayed on at WARM and actually branched out into helping with the Ron Allen Sportsline. In the eighties he made the move to TV and found a home as the sportscaster for WNEP TV after and before Joe Zone left numerous times as well as a few others who used WNEP as a stepping stone. WNEP was more than a job to Tim, it was Northeastern Pennsylvania. When the Red Barons started as a franchise, there wasn't a bigger booster from the video side than Tim who made certain the Barons were a must see destination for sports fans. In the 90s, Tim had a bout with brain cancer and in characteristic style, he made lemons into lemonade. Every night he wore a hat during his sportscast promoting a local charity or concern that was helping his friends and neighbors here in our section of the world. Tim was a generous guy with his time, his infectious smile and well, at times, his crazy redhead personality. The news of his death comes as a shock even though we had reports he was not doing well. My first thought was when I got the e mail from Tommy Woods was, "Heaven must need some Orioles fans." (Ron Allen was of course an Oriole fan). Tim however was born in Baltimore and we shared stories about the Babe Ruth birth place when I saw him in the Barons press box in the 90s at Lackawanna County Stadium. Our thoughts and prayers are with his family and his extended friends and clan from WNEP TV. From 1971, here's Carole King with her biggest hit, "It's Too Late" Imagine with me if you will, a young, cleanly coifed red headed preacher's son from Scranton talking up the post on a warm summer July day in a musty old radio station control room. It was the start of a great broadcasting career that we were grateful to hear and see. Rest in peace Tim. 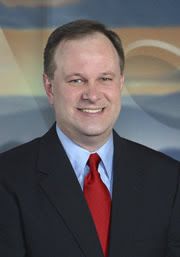 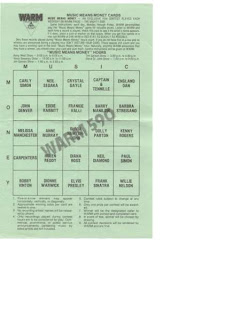 Andy Palumbo from WNEP TV sent this along. A WARM bingo card that was used as part of one of the numerous WARM contests. WARM seemed to make contests an integral part of their programming. The amazing thing was these contests were not big. I mean some of them were like the Pool giveaway and various autos. But the beauty of these contests were they were inexpensive, had as a common denominator an everyman and everywoman quality about them and were simple to play and win.
ADDED NOTE
Regarding our YOU TUBE video and this site, we recieved a nice note from fellow WARM fanatic Gene Forbes. "Those outtakes of Double G & Ron Allen were from my original tapes I recorded back in 1978 when WARM was celebrating it's 20th year. I taped each DJ for an hour each day from Monday thru Friday doing their top 40 show. I also taped Double G On each of the days he was on from noon till 3 (or 2 one day). These tapes are in my archive. Credit for those out takes . It should go to George Gilbert & Ron Allen for broadcasting all those years & were the glue that held WARM together until it's demise in the mid 90's in one way shape or form. A big thank you should go to the original Sensational Seven & to all the jocks & personal who came & went during the tenure of The Mighty 590. Those are the people who should be thanked for making WARM # 1 for over 20 years in a row."
Gene Forbes
Lake Ariel, Pa.
Posted by David Yonki at 3:26 PM 5 comments: