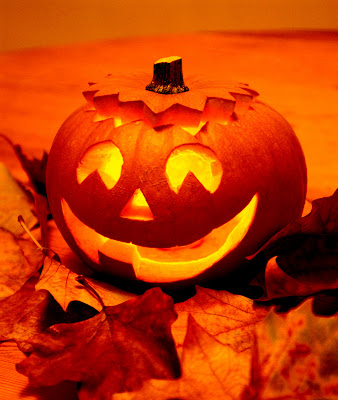 Did WARM Radio revel in Halloween? Oh yeah.
Big time. WARM in the 60s had various Halloween dances for the teenagers. None of the Sensational 7 ever dressed in costume. In the 70s and 80s as that teen audience aged, WARM began to participate in safe Halloween events at both the Viewmont and Wyoming Valley Malls. These were huge promotions usually held on Thursday and Friday nights before Halloween. All station personnel were on hand to organize the event with the Mall Marketing Directors. There were tons of kids, parents, candy, goodie bags as well as educational events on childhood safety and protection during the Halloween season. Joey Shaver, former WARM personality in the 60s was the Account Rep for both Malls. He was an integral part in setting up the events and keeping the MIGHTY 590 in the forefront of the Halloween season. In the mid 90s, the teenagers who rocked out in costume in the 60s showed up at the Mall properties with their grand children! And as always on WARM, there was a musical constant on Halloween. And it was of course this tune that blared on the radio and through the Malls and the Mighty 590.

Posted by David Yonki at 8:22 AM No comments: 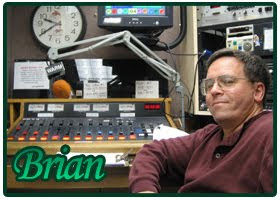 Every Sunday morning, Brian Hughes of WARM Radio hosts "Sunday Magazine". It is a half hour public affairs show that features guests from every walk of life. This week I'm happy to announce that I am Brian Hughes' guest. We'll be talking about politics in Northeastern Pennsylvania. Show time: 9:30AM on Sunday. We'll discuss issues that I write about on The LuLac political Letter. 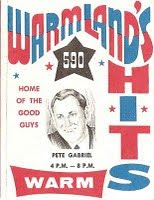 PHOTO INDEX: PETE GABRIEL LAST YEAR AT COOPER'S IN PITTSTON AND ON THE WARM SURVEY SHEET CIRCA 1971.

Pete Gabriel who was a day time disc jockey for the Mighty 590 in the early 1970s passed away recently. Gabriel came to WARM in late 1968 transitioning into the mid day 10am to 1pm slot. Later Gabriel worked the 1pm to 4pm shift. Gabriel was a towering figure. He loved sports and was a very integral part of the WARM Softball Softies of the early 70s. Gabriel was a good hitter and fielder but because of his size, he also served as a type of enforcer/peacemaker for the Softies. The WARM guys came out to play for charity events. But they didn't want to appear to be lovable losers either and had a very good team. Sometimes opposition members tried to take out their frustrations on the visiting WARM personnel. Gabriel never let that happen. Gabriel returned to the area in 2009 for a reunion with former co workers. (See Mighty WARM memory #548 ). He was reported to be in ill health but his death was still a jolt to WARMlanders.
Posted by David Yonki at 1:15 PM 1 comment: 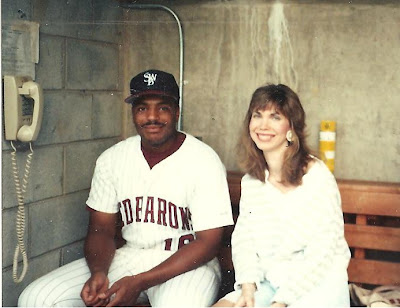 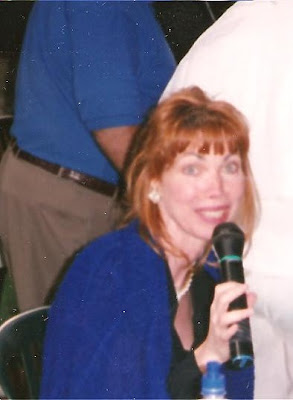 PHOTO INDEX: WARM SPORTS BROADCASTER KELLY REED AND FLOYD RAYFORD OF THE RED BARONS (CIRCA 1990) AND KELLY AT AN OUTDOOR BOXING EVENT ON A RAINY NIGHT.

Since this is my favorite time of year in terms of sports, (baseball playoffs and the emergence of the NFL season) I thought it fitting to profile a leader in area sports casting. She was a pioneer. Kelly Reed existed long before Pat Porro or Charlotte McBride from WNEP TV. She was a ground breaker in pioneering women’s sports broadcasting. Reed started out as a night time disc jockey on Magic 93 but gradually matriculated over to WARM Radio. She did the Morning Sports during drive time in the late 80s and early 90s and was a frequent fixture at Red Baron games, high school football and basketball events plus any sport the Mighty 590 wound up covering or promoting. Whether it was an Old Timer’s Day at the ballpark or female boxing, Kelly Reed was there to lend her expertise and perspective. Kelly Reed was one of those broadcasters who made an impact on WARM and its audience. Reportedly she is back in the New York area still doing sports.
Posted by David Yonki at 9:56 PM 3 comments: 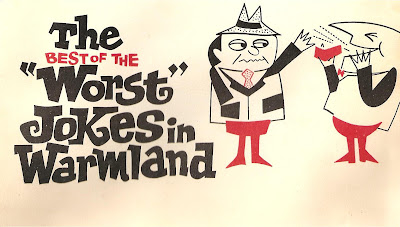 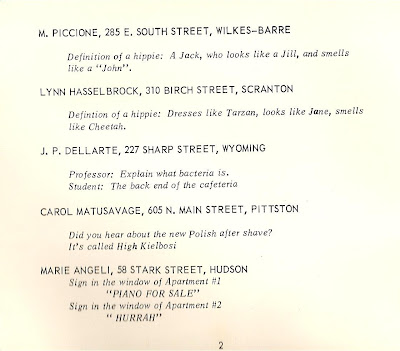 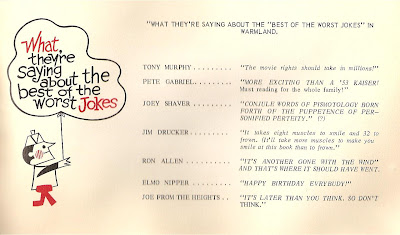 PHOTO INDEX: COVER OF THE WARM JOKE BOOK, SOME OF THE JOKES SENT IN AND COMMENTS BY THE WARM AIR STAFF ON THE BOOK. (CLICK TO ENLARGE).
LAUGH LAUGH
Before there was such a designation of LOL (Laugh Out Loud) WARM Radio hit the funny bone of every citizen in its listening area. WARM employed jokesters but also solicited jokes from the listening public. WARM published a joke book in the mid 70s and it was a popular item among high school and college students, people gathering for family events as well as just a little something to put a smile on a WARMlander's face. Plus there were rumors that even a few area toastmasters of note resorted to usage of the WARM joke book.
Here's the ultimate Laughing song:

And as you well know, the jokers always went wild.

And finally, everybody, just about everyone, loves a clown.