I first met Kevin Jordan when I was on a College Internship from King’s College with WARM Radio. (Actually they had us go to WARM, WILK, WBRE AM & FM, and WMJW –FM). My first week at WARM was spent with the sales department. (That’s a future WARM Memory). By the second week I was in the newsroom with a very skeptical Jerry Heller who most likely had seen his share of lightweight interns. For the first day I re-wrote news copy and much to my surprise I found that it wasn’t edited that much. The next day I covered Luzerne County with Kitch Loftus. On Wednesday I was told I’d be out with Kevin Jordan, then barely 19 and one of the rising stars of WARM Radio. He was then working the 3 to 11 shift so I killed about 5 hours and then went on the road with him. It was one of those cold January days where the temperature barely broke 12. We sped up 81 to Scranton City Hall for a Council work session. As I stated earlier it was a bitter day but the January sun was blinding. To this day I don’t know how he did it, but he squeezed his little red car (a fire engine red Pinto) into a parking space with little room to spare. The sun was so intense that I swear he parked the car by intuition. In City Hall, Jordan literally lunged for then Mayor Peters, got his sound bite and then spotted Deputy Mayor Jim McNulty who was on the verge of resigning to run the Frank Elliott for Senator campaign. More sound. We then went to the Police Station and in what could only be described as a scene out of Law and Order, Jordan talked with two City Detectives about an ongoing murder investigation. More sound. Not wanting to relinquish his parking spot, we sprinted (when I could sprint) to the Lackawanna County Court House. Jordan saw Commissioner Charlie Luger and got his take on water tables up near Moosic in an area that was destined to be Montage Mountain. More sound. We then paid a visit to Register of Wills Sam Cali asking him about a new state regulation regarding probate of wills for senior citizens. More Sound. We then made our way down to Moosic where there was a small fire at Glenwood Products. Talked to the Fire Chief, water and smoke damage. More sound. In one afternoon Jordan with his trusty recorder got 6 stories for WARM News. He called “sound” in on the fire, aired three of them and back logged two of them for future use on WARM News. We got back to the Studio at 5:30PM, and after a brief lunch break Jordan anchored the WARM newscasts until 11:30PM. It was an amazing display of how WARM News reporters worked. It gave me an insight on how Jerry Heller insisted that a beat be covered efficiently and dare I say prolifically. Jordan was at WARM from 1975-1979. He came from WILK and returned to WILK as News Director. In 1981 WILK won the Joe Snyder Award for the year 1980 as the best medium market radio news department in the state. Jordan says “That was due in no small part from the training I got from guys like Jerry Heller and David DeCosmo” Jordan later went on to anchor and report news on WYOU TV.
It would be my good fortune to interact with Kevin Jordan many times in the future most notably when the Professional News Media Association was in existence. Anyway, back to the story. The next day I walked into the WARM News Department and Heller glanced at me obviously frazzled looking ahead to a busy day of news. “Got your car?” he asked. “Yep” I replied. Hurling a tape recorder at me, he said, “There’s a big meeting down at the Host Inn to plan a visit for this peanut farmer from Georgia that thinks he can be President. Get some sound and then call it in if there’s anything good”. Puzzled, I asked, “How will I know if it’s good?” He replied intently typing, not raising his head, “You were out with Kevin yesterday, you’ll know”. And I did.
Posted by David Yonki at 5:53 PM 2 comments:

PHOTO INDEX: TRUE OLDIES CHANNEL LOGO AND THE OLD TRANSISTOR RADIO
WARM UP
Ratings are the lifeblood of any radio station. In the 60s WARM Radio pulled about 48% of the total radio audience in the coverage area. There was WARM and everybody else. WARM has declined in the ratings through the years. My philosophy in ratings has always been that you need to stick with one type of programming to build an audience. WARM has been running The True Oldies Channel format now for about three or four years. It is a good mix of classic oldies music and the weekends are segmented with interesting variations like a “one hits wonder” or “girl’s name on a song” weekend. It’s not the Stegmaier “Ring A Ding Ding” Fling but it is creative. This week on the Radio Info Board it was revealed that WARM was up a point in the ratings. Naturally I got busted by old radio friend Dave McAndrews who wrote this,
"WARM Jumped Up A Full Point ... Did Yonki Have A Diary?"
Not this time Dave but I did have one a few years back. McAndrews was one of the heritage broadcasters in classic rock in this area being one of the founding jocks on Rock 107 as well as WEMR in Tunkhannock. He spoke of the influence of the Mighty 590 in his radio career.
"WARM Was The Foremost Reason That I Got Into Radio, Along With The Progressive Radio Stations Such As WPLJ-FM And WNEW-FM That I Listened To While Visiting Relatives In The New York City Area. I Always Enjoyed Meeting The WARM Jocks At Live Appearances ... You And I More Than Likely Were At Some Of Those Same Live Broadcasts When We Were Kids."
You bet we were and at least it kept us off the streets and out of trouble. WARM Radio did that for a lot of kids. And I hope some of those same kids that grew up with WARM get a few more of those Arbitron diaries. It’ll never be 48% but I’m not that picky about the issue.
Posted by David Yonki at 6:42 PM No comments: 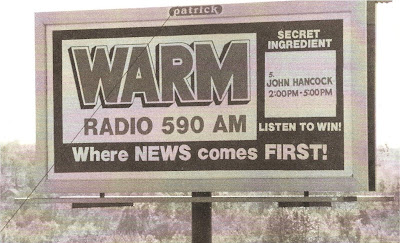 One of the biggest draws to WARM Radio was its news department. When WARM transitioned from Fifties style easy listening to Rock and Roll the innovators decided the best way to bring along the moms and pops was to establish a strong news department. WARM had “editions” of News. At 12:30AM you would hear “The first Edition of WARM News. At 1:00AM you’d hear the second Edition of WARM News”. As the turbulent 60s came about WARM increased its news department. Terry McNulty was the news director when John Kennedy was shot and brought that news to WARMland. Jack Donniger headed the news team in the 60s and was known for his back and forth repartee with morning show Harry West. In 1969 Jerry Heller became the WARM News Director. From Missouri, Heller built a news team of rookies and veterans that rivaled any major market. TV station news departments as well as newspapers monitored WARM Radio.
By the late 60s WARM News dropped the live at :55 casts and did news at the top and bottom of the hour. That tradition continued through the 80s, 90s and right before WARM went to Satellite programming. Now WARM does an ABC News feed at about 10 minutes before the hour with its “True Oldies” Format. (Some weekend mornings you'll hear former WNAK newscaster and Wyoming Valley native Brian Carey doing the 'cast). For many years WARM Radio News was an institution. Women and men going to work would know they were late if they were still in the house after the 8AM Newscast. When a major event happened, listeners tuned in to the Mighty 590 to get the latest news. WARM had reporters on the scene for major murder and corruption trials. They had beat reporters that covered both Wilkes Barre and Scranton City Halls. In its heyday the WARM news department had 6 or 7 full and part time people. Their names became as familiar as the on air personalities. That alone is a testament to the important role WARM News played in the history of the Mighty 590.
Posted by David Yonki at 3:35 PM 5 comments: 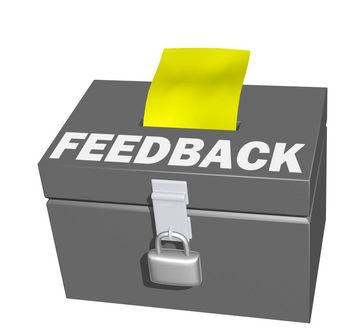 Posted by David Yonki at 8:44 PM No comments: