Promotional signage for Sam the Sham and the Pharaohs concert.  (Click to enlarge).


WARM,the Mighty 590 was relentless in its promotion of rock and roll acts that turned into big events. With the imprimatur of WARM, the concert was always bound to be a big success. In 1967, the day after Christmas, WARM heavily promoted a concert featuring Sam the Sham and the Pharaohs. The group had a hit in 1966 called "Little Red Riding Hood", but it's subsequent hits weren't that big. Still, the day after Christmas was a big event and success, thanks to the promotion of the Mighty 590, WARM, the popularity of Joe Nardone and the All Stars as the opening act and the close proximity of the venue, the venerable Sans Souci Park. The average age of the average concert goer today is between 60 and 65. As Ron Allen used to say on The Sportsline, "How 'bout that!!"


The business of the WARM survey sheets did not stop for Christmas. The hits kept on playing interspersed with great yuletide songs and contests. In 1967 the WARM deejays played "Secret Santas" to people who wrote in. And 45 years ago on Christmas Eve, Smokey Robinson and the  Miracles had the number one hit in WARMland. The survey said so.
Posted by David Yonki at 10:28 AM No comments: 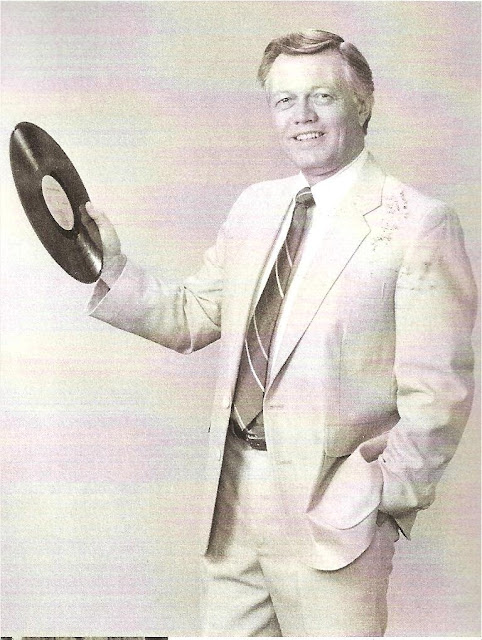 WHEN HARRY WENT TO COLLEGE


It was a nice, seasonable day in the summer of 1975. I was the news director of WRKC FM radio at King’s College in Wilkes Barre. King’s had yet to start its Bachelor of Arts Communications program so there was a dearth of commercial radio and TV personalities being talked about on campus. (The student newspaper, The Crown did an interview with then WBRE anchorman Franklin D. Coslett). At the station we had decided to try and bring speakers in from the real world of radio. I was given the assignment of getting speakers. My first choice was my boyhood idol Harry West. Harry West was one of the first people I followed on the radio. Like thousands of youngsters in WARMland I listened to his antics. But I also considered what he did, radio as a career path.
Harry was about two years back from his foray into major market radio at KQV in Pittsburgh. West returned to WARM on July 13th, 1973 and it was like he had never left. When I called him, West readily agreed to a time and date. Harry arrived on time and I gave him a brief tour of King’s. He addressed about 40 students wgho were active in the radio station. A few Jersey and New York students were prepared to be unimpressed because they had grown up listening to Cousin Brcie, Dan Ingram and other major market radio stars. But Harry wowed them too with his down home philosophy, his engaging manner and his brutal honesty about how hard the radio business could be. He was only scheduled for an hour but stayed for two opining about FM radio (then in its infancy) as well as college radio. He told us that what he found with college radio in Northeastern Pennsylvania was that there was an element of professionalism he hadn’t seen elsewhere. I don’t think it was a line of flattery but even if it was, we didn’t care. Afterwards I think we sent Harry a bottle of Dubenet Wine for his trouble.
I did not personally hear it but my dad told me that when Harry opened his show the day after, he said, “Well friends, after all these years, I finally got to college and I might not have flunked!” He then went on to talk about his visit for about three minutes. He lauded out attention and questions as students and then said it was his pleasure to speak to us. Even after all these years, so many of those people who attended that “lecture” say, “the please was all ours”. These impromptu “free” community events were just another hallmark of why WARM Radio was so popular.
Posted by David Yonki at 3:13 PM 87 comments: