Okay, how does a radio station in Wilkes Barrie Scranton get involved in tooth whitening? One word: advertising. Since WARM was the dominant station in the Wilkes Bare/Scranton market, it got first crack (and sometimes the only chance) at national Radio buys. As an added extra, WARM threw in advertising on the back of its popular survey sheets.

WARM ran Macleans ads in teen day parts, mostly from 3 to 11 at night as well as a ads in the popular morning program. Macleans was a tooth paste that promised you a white set of teeth, a fresh minty breath and a winning smile. All the things a teen needed to make an impression on the WARMland dating scene. To my knowledge, Maclean’s is no longer distributed in the U.S,. but people can get it in Canada and the UK. And then of course Amazon sells it as well as EBay. But back in the heyday of WARM, Maclean’s had a major presence as one of WARM’s top national advertisers.
Posted by David Yonki at 7:50 PM 1 comment: 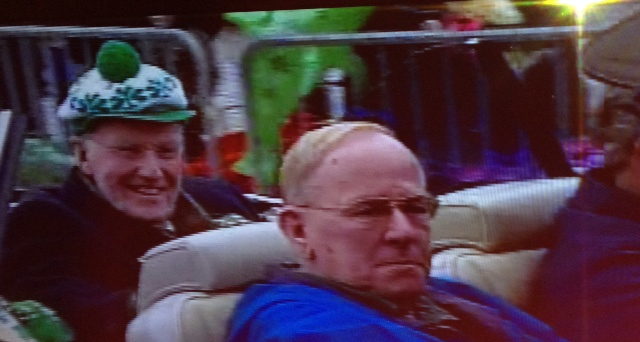 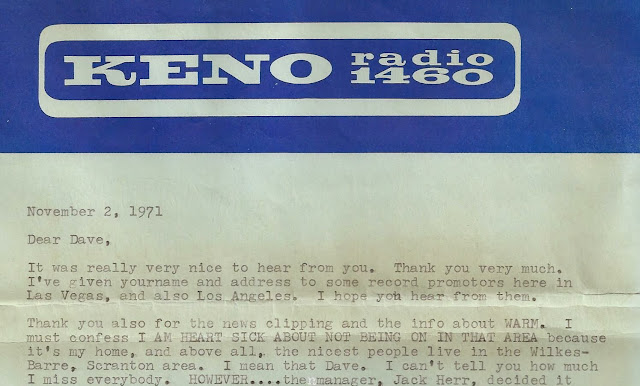 When I was writing my Rock and Roll column for the Sunday Dispatch, and doing some promotion work for a record company, I kept in touch with Len Woloson for help in getting records played in the West. The company was small and went nowhere. But things happen for a reason and now 43 years I found this letter.
In a letter from the fall of 1971 Woloson was quite candid about his departure from WARM. Len was “The Morning Mayor” at the Mighty 590 and left after a few years in that position. Woloson confided that he felt the General Manager (Jack Herr) at the time felt that anyone could do the morning show at WARM and said that he felt he was underpaid. More poignantly, Lenny wrote: “I must confess that I AM HEARTSICK ABOUT NOT BEING IN THAT AREA because it is my home. And above all the nicest people live in the Scranton, Wilkes Barre area. I mean that Dave. I can’t tell you how much I miss everybody." Referring to Las Vegas where he moved to Woloson wrote: "This is a GREAT town. I do all the production for KENO and for the fun of it…work the weekend."
Woloson also mentioned that he won an amateur talent contest. "A few weeks ago I entered an amateur contest at the Holiday Inn and won! Which in turn got me to appear as a comic at the Casbar Room of the Aladdin Hotel ..on the strip."
In the rest of his letter Woloson confided that WARM was at its ebb and the halcyon days were over. But in closing he reiterated this message, "PLEASE give my REGARDS to everyone".
Len also sent an article that was in the Vegas newspapers too. I scanned it and hope you could access the contents.  There were a few things in Lenny's letter I did not repeat because he was quite unhappy with a few managers at the Mighty 590 and even though his is deceased, I have chosen to respect his thoughts. I also kept the capitalization in my reposting of Lenny's letter to emphasize how much he missed WARMland.
The interesting thing  about this letter as well as some others from the personalities at WARM are eye opening. Len was very candid, seemed homesick and banged it out on an old manual type writer. Having used one and how laborious they could be in comparison to what we have today, I am more grateful than ever for these letters. 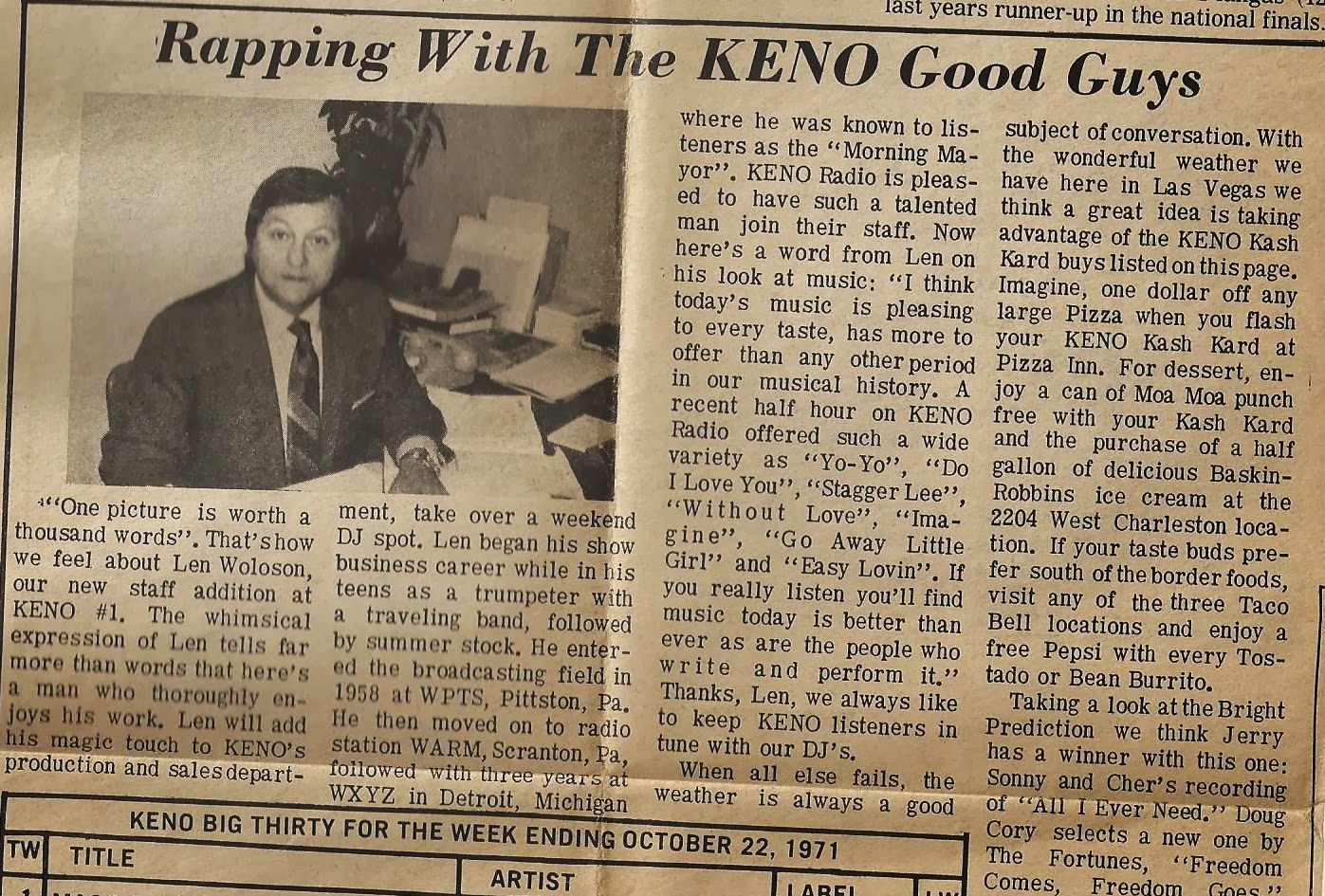 Above is an article that featured Len in a Las Vegas newspaper.
Posted by David Yonki at 1:41 PM No comments: