Back in the early days of radio, getting a management position at a radio station was not just a private Human Resources matter. It warranted an announcement in the paper. Our good friend Joe Klapatch sent us this article about a new WARM night program manager. Here's Arthur Bolin's story.

WARM Radio was the place on a Saturday night, right at around 5:50PM where people tuned in to to hear the number one song of the week. In June 1964 The Dixie Cups held that spot for two weeks running in June. 4 of the top ten songs came from Britain and one from France.
Coming in at number 2 was Peter and Gordon's "World Without Love". The Beatles were at number 5 with "Love Me Do" , the Dave Clark 5 weighed with "Do You Love Me" at number 6. Then Lucille Starr came in at 7 with "The French Song".
Posted by David Yonki at 1:18 PM No comments:

The summer after the assassination of President Kennedy was marked by an attempt by many WARMlanders to get on with their life. While the memory of the late President remained, the music really helped. Patty and the Emblems, a one hit wonder came in at number 36 with "Mixed Up Shook Up Girl" while Chubby Checker had that summer time favorite "Lazy Elsie Molly".
There was a lot of English music influence on this chart but Bobby Daren was at number 24 while the Ray Charles Singers were at number 10!
Posted by David Yonki at 1:03 PM No comments:

Toward the end of June, the turbulent year of 1968 had no sign of cooling off. Robert Kennedy was just buried. The Democrats were in serious disarray.  Richard Nixon was poised to be the nominee of the Republican party (but not before he was challenged by an actor turned Governor Ronald Reagan and things were as unsettled as ever in this nation.
Meanwhile the number one song on WARM and most of America was Herb Alpert's Burt Bacharach ballad "This Guys In Love With You" The Four Seasons debuted at number 33 with "Saturday's Father from their album (which was an answer to he Beatles Sgt. Peppers, theirs was called The Imitation Life Gazette".)
At number 13 the Alpert A and M Recording Co. influence was still being felt with Brazil '66 "Look of Love" and The People were at number 18 with "I Love You".
Posted by David Yonki at 12:51 PM No comments:

WARM Radio, in the summer of '67 was everywhere. The songs on the WARM survey sheet blare in homes, garages and on car radio. The Temptations were at number 14 singing about "7 Rooms of Gloom" and coming in at number 13 was an homage to "The Wizard of Oz" with the 5th Estate singing about that wicked witch. "Ding Dong the Witch Is Dead" was a pithy novelty song that fit right into the summer songfest.Another fun song was one of the last for the Royal Guardsman" called "Airplane". Number 40 was "Temptation" By Boots Randolph!
Posted by David Yonki at 12:33 PM No comments:

The number one song in late June 1967 was "Sunday Will Never Be The Same" by Spanky and Our Gang. It was not the motley group of depression era urchins used by Hal Wallis in those early black and white shorts but a hip, young group that burst on the scene.
But in terms of chart climbing and busting, look where the 5th Dimension landed after being at number 24. Number three on the way to number one with "Up Up and Away".
Herman an the Hermits debuted at number 23 with "Don't Go Out Into The Rain" and The Choir was at number 36 with "It's Cold Outside.
Posted by David Yonki at 12:20 PM No comments:

It was June 1967 and the nation was going to be experiencing the summer of love. But that was to come a few weeks after this WARM survey that featured a ballad, "Release Me" by a singer named Jerry Dorsey who went as Englebert Humperdink.
The Arbors were at #36 with the standard "Graduation Day" and in the top 30 was a very traditional woman's offering from Sandy Posey who sang to her man "I Take It Back" at #33. Imagine Gloria Steinem hearing this thing!
But the summer of love was creeping in to the WARM Top 40 with Scott McKenzie coming in at number 32 with "San Francisco, Wear Some Flowers In Your Hair".

Late June 1969 was an exciting time in WARMland. Local schools were merged into districts and there was literally no neighborhood public school anymore. New friends and rivalries were made but the mainstay for young people was the Mighty 590.
Plus this was a mere month before America made the attempt to land on the moon. Talk about a buzz in the region!
Three Dog Night had the number one song with its initial hit appropriately named "One". "Love Can You Make You Happy" by Mercy was at number 6 while the Spiral Staircase was at number 7. The latter tune by Pat Upton and the group became a regular song played at class reunions well into the next century.
Plus a local group, The Buoys debuted at number 35 with "These Days". That was significant because Susquehanna corporate never let their local stations promote regional groups on vinyl if they didn't think the group or record had a chance.

WARM AND THE MUSIC OF JUNE

June. The first official month of summer. The schools let out, dances are planned, vacations for the family and WARMland indeed becomes as hot as ever.
In June of 1967 the number one song was "Creeque Alley", the bio song of The Mamas and the Papas.

Country artist Eddy Arnold was at number 33, The McCoys were trying to make a comeback with "Beat The Clock" and The Temptations were at number 14 with "All I Need".
Posted by David Yonki at 11:35 AM No comments: 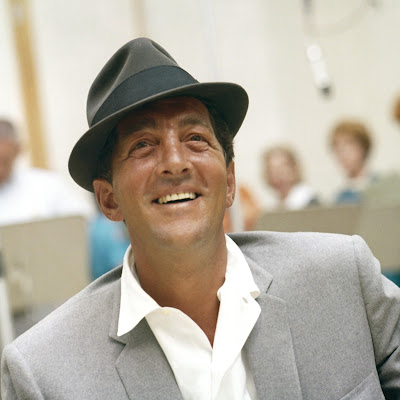 Today would have been Dean Martin's 100th birthday. Martin had a storied career in film, TV and in music. His Dean Martin roasts, charitable donations through his PGA golf associations, his partnership with Jerry Lewis as the premier comedy team of the 40s and early 50s as well as a string of hits in those decades and later on make him a true legend.
Dean Martin  and WARM had a history. In the 50s Martin's records were a mainstay. When WARM became The Mighty 590 it was doubtful that the Mills Brother style crooning of Martin would seep into the top 40 chart busters of the then modern day WARM.
But in 1964 Martin knocked The Beatles off the number one spot on the charts with his "Everybody loves Somebody" hit. Martin, through the years consistently made the top 15 on The Mighty 590.
Here are a few of them:

Posted by David Yonki at 5:55 AM No comments:

Fifty years ago this week, the music industry was buzzing about the latest release from the Beatles. It was going to be a different album and set of singles that the Fab Four had previously put out. WARM had always been in the forefront of any Beatles release. Always slow to pick up other singles as a type of corporate Susquehanna policy, with the Beatles it was a “can’t miss”.
For many WARM listeners though, the Sarge album was something different. There were those in the Beatles camp that thought it innovative and ethereal. Then there were others who were scratching their heads trying to figure out the meaning of some of the songs.
In true Beatles genius, the album was a bridge to both segments of their fans. The psychedelic “Lucy in the Sky With Diamonds” was tempered by a sweet song like “She’s Leaving Home”. When all was said and done, by August “All You Need Is Love” by the group was on top of the WARM charts and any debate gave way to the true enjoyment of what this group produced for its public. Here's a link to a great website set up specifically for the LP.  http://www.thebeatles.com/album/sgt-peppers-lonely-hearts-club-band


And in August "All You Need" hit number !

Posted by David Yonki at 4:47 PM No comments: