It was 45 years ago this month that Tim Karlson, known as "The Crazy Redhead" on WARM made his radio debut. In Pittston WPTS Radio conducts a contest called “Disc Jockey for a day. Morning man at the time, Bob Serfain hosted. 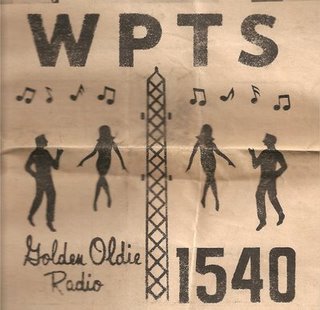 Two people who were picked was your blog editor as well as a minister’s kid from Scranton Tim Kidwell. Kidwell later went on to become Tm Karlson.
Karlson later went to WSCR, WARM and then became the long time Sports Director at WNEP TV.
Karlson died in 2008 at a way too young age. But in the summer of '71, Tim Kidwell, aka Tim Carlson talked up the post at the old 1540 AM on this week’s number one hit from '71 “It’s Too Late” by Carole King.

Posted by David Yonki at 2:46 PM No comments: