WHEN KELLY MET "THE SNAKE"

Kelly Reed was one of the premier Sports reporters in WARMland in the late 80s and 90s. Reed worked closely with the legendary Ron Allen when WARM had a hybrid format which concentrated on Sports in the evening. During the morning shows, Reed worked closely with Ken Westling.
During a UNICO Dinner held in Wilkes Barre, Reed met Oakland Raiders legend Kenny Stabler. Stabler died Thursday at the age of 69. He was known for his competitive nature on the field, being the first left handed QB of consequence in the NFL and had the nickname, "The Snake". Stabler had been battling cancer for a while.

Below is Reed with Stabler. 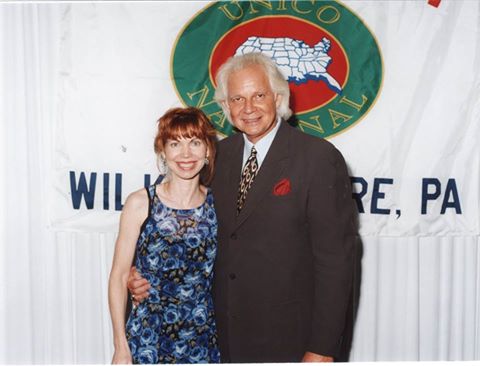 In this photo, Lou Michaels, Stabler, Reed and Greg Skrepenak share a moment at the UNICO Dinner. 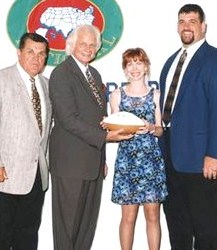 WARM AND THE RECORD HOP

WARM Radio the Mighty 590 used to have a big presence at Record Hops for teenagers and in some cases even pre teens. Those personalities participating got a few hours to spend with the listeners. In the photo below Tommy Woods meets and greets the youngsters at Idetown with Newsman Jack Doniger. (Photo: Tommy Woods Face book page). 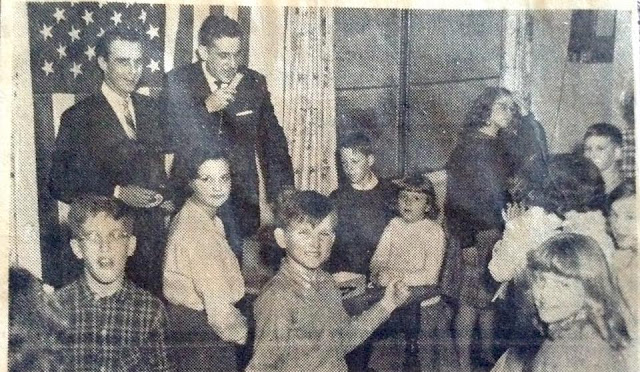 Posted by David Yonki at 8:57 AM No comments: