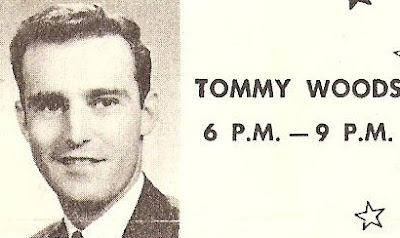 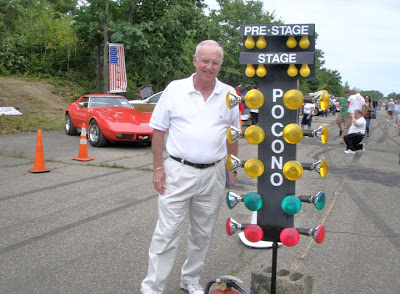 Did you know that one of the Sensational 7 cut a record? Well Tommy Woods did and it was released and became a minor hit. Called "LIttle Lorraine" the song is a repetitive tribute to a girl who loves the 50s, 60s teen age party scene. Back in the day as the kids like to say, disc jockeys sometimes took a turn at doing a song. In Pittsburgh, my late cousin Ed Price took a turn at crooning. He had a pretty good voice and honed his skills in the service singing sat various USOs with a former local ad agency executive Gene Stone. But back to Tommy, "Little Lorraine" is on You Tube" and for all we know could go viral. Take a listen: 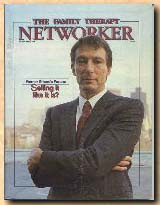 WERNER, WOODY AND ME

One of the classic Bob Woody stories I have is the way he embraced the teachings of EST. Werner Erhard was a new age guru who Woody really believed in. A few in the Woody circle went to a weekend seminar.
“The Forum” was the Werner Erhard seminar that Bob Woody persuaded his friends and clients to attend in Edison, New Jersey. Each
client Woody represented was given the opportunity to go to the event.
Some took kindly to his browbeating and others essentially threw him out of their offices. Woody did have the power of persuasion though and after the Twin Valley project, Woody got some of the committee members to go to New Jersey and partake in the seminars.
His sales pitch to me was that I needed something like “The Forum” to center my professional life. He felt that I needed to be more dynamic and serious in trying to get rich. I was told that I needed to have a better work ethic. This is where I disagreed with him. I had been working since the age of 14 and felt that one could work hard but have fun at the same time. He asked me to set down goals and mine were 1. Be more assertive in saying “no” to things like the Forum,
2. Less womanizing and
3. Losing 60 pounds.
I set out to Edison, New Jersey with a guy named George who was the Sales manager at KRZ FM. This was in 1989, March. Nice guy, drove a white Acura. We stayed at the Holiday Inn in Edison where the two weekend, 8am to 10pm seminar started. During the course of the weekend,
everyone there committed to “working on themselves”. The northeast delegation numbered about 12. The instructor’s name the first week was Randy who sat alone on a stage and made pronouncements. Then we each had to make our list and tell the group of 100 where we needed to “work on ourselves”. (100 times a $600.00 price tag equals $60,000 for the weekend).
There were people there (one guy who looked like Robert Palmer) who talked about the death of a son, another talked about his demons with alcohol and another woman talked about her problem with fidelity which caught the attention of most of the men there.
There were bathroom breaks but they were timed out tightly. And if you were late, you were locked out of the room and you were instructed to handle the situation. No excuses were broached. If you had your leg blown off that was not an excuse. “Handling it” meant accepting responsibility for your mistake of being late).
The second weekend we had an instructor named Lon. I knew I was getting bored when I began to silently sing the words to the Angels “My Boyfriends Back” substituting his name. (“Hey Lon, hey Lon, my boyfriends back”). Finally, graduation came and Woody, Rene and Bert Ayers drove down from Scranton to congratulate us. We were happy because we went through an endurance race. I had to admit it was a good feeling. After the ceremonies, each graduate was invited into a little room for a one on one personal coaching meeting. At this meeting you were congratulated and then had an offer extended to you. The offer was to do an 8 week “Forum Maintenance” program which would enhance the skills you garnered in the original one. It was an 8 week, 2 day a weekend, 12 hour day series that was essential to your further growth and education. In my meeting, I was slightly distracted because the woman with fidelity issues was in the office next to me and I was trying to eavesdrop on her. But in the end, I said no because I did not want to spend the time away from home on a weekend, I did not think my company would pony up any more money for this and I was at long last asserting my authority in saying “no” to people who were trying to persuade their belief systems on me. They called in the instructor, the coordinator and then Woody who used his oft quoted line, “you don’t know what you don’t know”. I replied that what I wanted more than anything else out of “The Forum” was to assert my authority to be able to say “no” and that I accomplished that goal. It was getting late and they knew I wasn’t going to budge so that was that. Me and George with his white Acura from KRZ went home and that was my experience with Werner Erhard, “The Forum” and Edison, New Jersey.

Here's another person's take on their weekend with Werner.
http://www.rickross.com/reference/landmark/landmark269.html
Posted by David Yonki at 1:57 PM 2 comments: