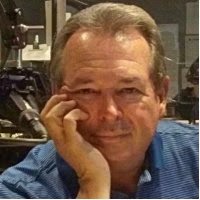 Former WARM broadcaster Scott Arthur. (Photo: LinkedIn).
Scott Arthur started out on the Mighty 590 as an overnight disc jockey. Arthur turned the overnight show into a mecca for people who enjoyed Trivia as well as those who were into subjects like space aliens, extra sensory perception and other topic off the beaten path. Arthur later moved to the afternoons before moving on. Thanks to our friend Jim Filipinski, we found a profile on Arthur on LinkedIn. Here's what he is up to today:
Scott is a multi-talented veteran of radio and television. Born in Baltimore and raised in New Jersey, he began his career during college in Philadelphia. He has since hosted talk shows, music shows and anchored news. Scott has also directed, produced and hosted television shows in Miami, Austin and Houston. His on-camera TV work includes local PBS presentations, infomercials, all night movie shows and a cable sports show.
Scott was the Public Relations Manager for the Houston Hard Rock Café for ten years and the Media Relations Consultant for Houston’s Star of Hope Homeless Mission for thirteen years. He is currently the Director of Public Relations with that organization. In addition, Scott was owner of Arthur and Associates; a Houston based Public Relations and Marketing firm. Highlights included writing and producing public service and commercial projects for radio and television featuring among others, George Bush, Clint Eastwood, James Michener and Danny DeVito.
His community service includes a weekly radio show for the blind and visually impaired originating from Houston’s Sight Into Sound studios. The 60 minute broadcast is heard in Dallas, San Antonio and Austin. He has served on the Publicity Committee of the HLSR World Championship BBQ Cook Off since 2006.
Asked to name some of the highlights of his life, Scott includes his marriage, his daughter Nicole, mentoring experiences, a flight with the Navy’s Blue Angels, His birthday skydive, his meetings with 4 Presidents of the United States and his 2009 induction into the Texas Radio Hall of Fame.

Posted by David Yonki at 9:02 AM No comments:

VOICES IN THE NIGHT 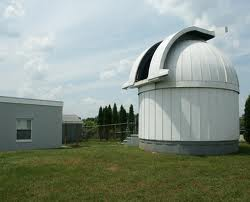 Keystone College Observatory. (Photo: Keystone College EDU)
One of the most popular overnight disc jockeys and radio hosts on WARM was a fellow named Scott Arthur. Arthur had an extremely popular night time program where he asked trivia questions and in between records speculated about aliens and outer space. A few weeks ago an e mail came to my attention from a gentlemen who had interacted with an overnight radio host on UFOs a few times. I knew instantly it had to be Scott Arthur. Here’s the genesis of that question and how the group of young men interacted with the radio host.
Jim W.Filipski C.P.P. is a Senior Commercial Photographer with Guy Cali Associates Inc. - Images for Business. The Cali group is one of the finest group of photographers in the state, dare I say the country. Anyway, it was Jim who related his past experience with the Mighty 590.
Way back in the early 1970's ( over 41 years ago) My buddies and I did the pioneering set up work on Keystone College's Alvin Clark Refracting telescope at their Observatory in La Plume, PA. If you are familiar with the modern TV show "Big Bang" well that is almost a direct spin off of my buddies and I ( and we like to refer to ourselves now as the original Big Bang group) We virtually lived there from Friday after work until the wee hours of Monday morning when we got home with just enough time to grab a shower head out to our real jobs! We did this every weekend for many years and one of the guys, John Sabia still works for the Observatory to this day. Well as you can imagine in northeastern PA the weather is not always the best So many observing session would get rained out. And a bunch of young active minds must find better things to do then just sit around and wait. The hand held Hewlett Packard scientific calculator recently came out back then and it didn't take us long to find out that if we wrapped a coil of wire around it and attached that wire to our "constantly on", Short Wave Radio's antenna port ( this was set to "wwv" Government time signals for observing purposes We always knew what time it was by hearing the audio time signals) We were then able to generate what at that time was not very common ....digital tones! We decide to call WARM Radio during one of the late night talk shows at 3AM one Saturday morning and played the tones for the DJ on the line and then announced "This is the Interstellar Operator calling Will you accept the call from ( One of us would be named)" and we would hold a conversation with Scott Arthur. It was pretty wild for that time to hear those tones on a radio or in a phone for that matter. Well now our group is scattered about but we still get back together every few years to celebrate (April 13 2014 was our 42nd year anniversary) A few in the group went on to bigger things. One builds optics for special applications for the US projects, one is an project engineer for NASA, a number are computer programmers and yours truly is a Commercial Photographer as you know. There were 7 of us total for the core group and yes we are still all active in Astronomy.
EDITOR'S NOTE: As for Scott Arthur, I have tried to research where he went after WARM. Arthur did move to day times for a bit in the 70s but I lost track of him since then. Anyone who knows anything about him, please e mail me.
Posted by David Yonki at 4:44 PM No comments:

Being a member of the lineup of the Mighty 590 WARM Radio in the 60s was a lot of fun but also a great deal of work. Disc jockeys worked a six day week but one perk was the extra employment they got from their WARM fame. In past 590 Mighty Memories we spoke of record hops as a way to earn extra money. Tom Woods who was the music director at WARM had the opportunity to host the Komotion Program on WNEP TV Channel 16.
The show featured local teenagers from area high schools who danced like those teeners from Philly on American Bandstand hosted by Dick Clark. The show originated as TV Bandstand sponsored by the Coca Cola Bottling plant with host Sid Freedman. When Freedom left, Woods took over and did the job introducing local bands and playing the hits.
Subsequent hosts of the Komotion program were Jay Kristopher, Doug Lane, and Bob Woody. Here are a few promotion advertisements from WNEP and his archives that Tom provided to us from Face book. 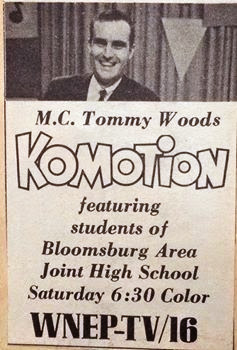 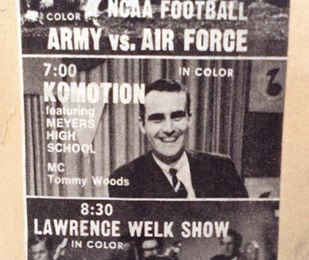 Check that ad out above, that was when College Football was king on Saturday afternoons with one game, in color no less and then the old folks got to dance watching Lawrence Welk after Komotion!
Posted by David Yonki at 2:46 PM 3 comments: