HARRY ON THE MOVE 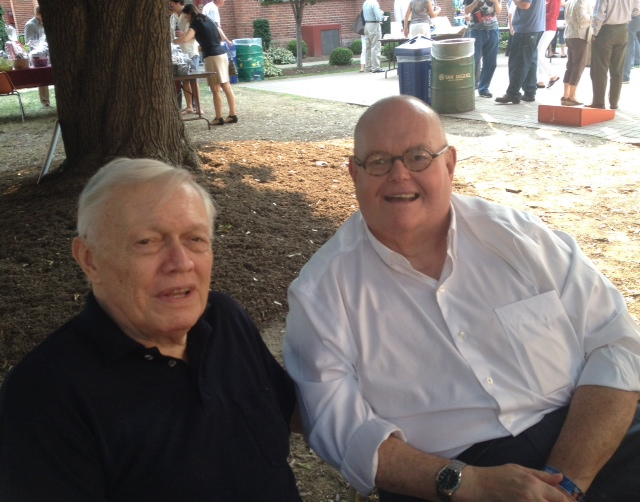 Harry West with 590 Forever blog editor.
If former WARM listeners are wondering what has become of Harry West, well I am proud to report that Harry has been on the move and enjoying life in retirement.
Harry and I met up at a fundraiser recently for the Osterhout Library last month. Mrs. 590 Forever and I were seated at a table and a few people sat down at the other end. There was laughter and banter at the other end and to me there was something vaguely familiar about it. Then I heard the voice. It was none other than Harry West. I waited a while until he finished his story and then approached him. He started kidding around and  put his head in his hands as if to ignore me. Then he smiled and wisecracked “What happened to your hair?”
We then recounted stories about his WARM days as well as hearing updates on his children. Harry also gave us an update on his health. Doing well staying in shape, getting out and still driving. Harry remains active and gives a shout out to all the WARM listeners who remember the old days of The Mighty 590.
Posted by David Yonki at 11:42 AM No comments:

News came last week that former WARM news anchor Mike Majchrowitz passed away. Mike was on WARM in the early 90s for a short stint and is best remembered for anchoring the 5pm extended newscast with Ruth Miller.
Majchrowitz moved on and wound up with Fox Radio News as the White House Correspondent. Mike Majchrowitz joined Fox Radio in its infancy in 2005 and was the Congressional and later White House reporter. He died of cancer after a long battle and was 51. 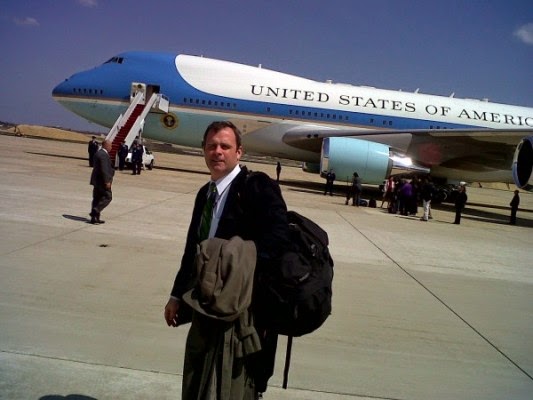 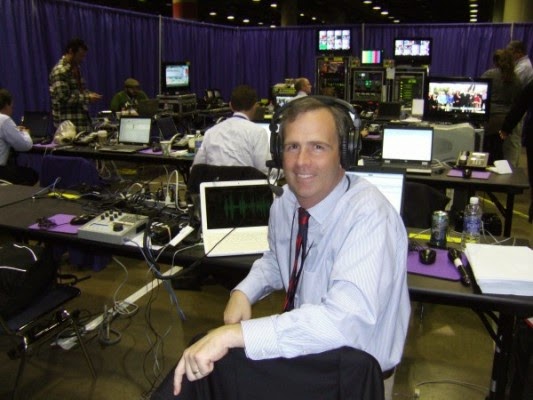 Here is Majchrowitz in front of Air Force One and doing some work in the White House Press Room. (Photos: Fox News Radio website).
Thanks to Brian Carey of 1010 AM WINS Radio and Joe Thomas from The Sports Hub 102.3FM and Entercom Radio for their help  with this 590 Mighty Memory.
Posted by David Yonki at 5:42 PM No comments:

Kevin J. Jordan, 57, of Exeter passed away Sunday, Aug. 31, 2014, in Wilkes-Barre General Hospital. He was born Sept. 28, 1956, in Wilkes-Barre, a son of the late Donald M. and Mary Lenahan Jordan of Kingston. He attended Bishop O'Reilly High School and King's College and was a well-known local journalist. He began his radio career in 1972 working for WBAX-AM and later joined WILK-AM and WARM-AM. In 1979, he returned to WILK as news director and in 1981 his news department won the coveted Joe Snyder Award from the Pennsylvania Associated Press Broadcasters Association. In 1982, he joined WBRE-TV 28 as bureau chief and later joined WDAU-TV 22 as a reporter. He retired in 1997 after 25 years as a broadcaster.
During his career he won numerous awards for excellence in broadcast journalism. Among the notable stories he covered were the George Banks mass murder, Francis Hannon murder case, and he was subpoenaed to testify before Wilkes-Barre City Council. He later served as the director of Luzerne County Voter Services from 1997 to 2004 andushered in the computerization of the office. Most recently he worked at The Men's Wearhouse in Pittston.
Kevin was the "Voice of the Queensmen," serving as the public address announcer at Bishop O'Reilly High School sporting events; the former president of the Professional News Media Association of Northeastern Pennsylvania; member of the board of directors of VISION and Luzerne County Head Start; and served as a semi-professional umpire with the United States Slowpitch Softball Association and the United Umpires Union.
Surviving are his son, Kevin Christopher (K.C.) Jordan, Conshohocken; daughter, Erin Jordan, West Wyoming; brother, Mark Jordan and his wife, Maureen, Kingston; sisters, Eileen Rishcoff and her husband, Bernard, West Wyoming; and Kathleen Jordan, Kingston; godson, Sean Jordan; nieces and nephews. The funeral will be held at 9 a.m. Thursday from Maher-Collins Funeral Home, 360 N. Maple Ave., Kingston, with a Mass of Christian Burial at 9:30 a.m. in the Church of St. Ignatius Loyola. Private interment services will be held in St. Mary's Cemetery, Hanover Township. Friends may call from 5 to 8 p.m. Wednesday. The family requests that, in lieu of flowers, memorial donations be made to the American Lung Association , 71 N. Franklin St., Wilkes-Barre, PA 18701, or Holy Redeemer High School, 159 S. Pennsylvania Ave., Wilkes-Barre, PA 18702.
Posted by David Yonki at 4:03 PM 3 comments:

KEVIN JORDAN PASSES AWAY, WARM NEWSMAN IN THE 70s

The late Kevin Jordan. (Photo: Face book).
Our longtime friend Kevin Jordan died Sunday night after a long, arduous battle with lung disease. I had known Kevin since 1975 when we met on the radio trail. He was working at WBAX and then later moved on to WARM. I posted a story about our meeting on this 590 Forever WARM blog site a few years ago and Kevin was both amused and thrilled by what I wrote. In an e mail we commiserated about that car he drove as well as parking in Scranton in the mid 70s. (That story appears in 590 Mighty Memory # 501, from July 27th, 2010. )
Jordan was a true broadcast reporter who believed that no story was too big or too small to cover. As a Radio reporter he believed that two things were need to excel, accuracy and speed. He always wanted the story first but never hesitated to share any tips or information that would help any broadcasting in search of a story. He knew the consumer was not just a WARM or WYOU audience but any outlet that people were tuning into at the time.
One of the great things about Kevin was that he loved the history of WARM. We’d spend time talking about the glory days of the Mighty 590 and he would always recount stories of his favorite broadcasters. A true inspiration he once told me was the late Terry McNulty who could easily transition from news to satire and right back.
After broadcasting, Jordan was head of the Election Bureau in Luzerne County and then moved on to private business. We’d e mail and chat on Face book. The topic would always start out on baseball, politics, pop culture or just anything inane….but we always ended up speaking about broadcasting, remembering the old faces and voices, critiquing the new comers. Kevin Jordan was a fun person to be around with an ironic wry wit and a sense of humor. Most of us will smile every time we think of one of his remarks.
This week there will be many Kevin Jordan stories told. He will be remembered well. With his knowledge, drive, passion and ambition, I feel Jordan could have been a player in a major market. Assessing his life’s work, perhaps it is unfortunate for him that he didn’t take that route. However, it is fortunate for us here in Northeastern Pennsylvania that he didn’t. We had the opportunity to see a real professional in our midst. 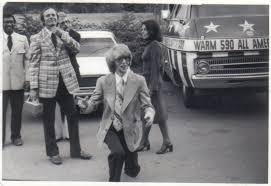 My appearance on PA Live recounting the career of Kevin Jordan.
Posted by David Yonki at 8:31 AM No comments: